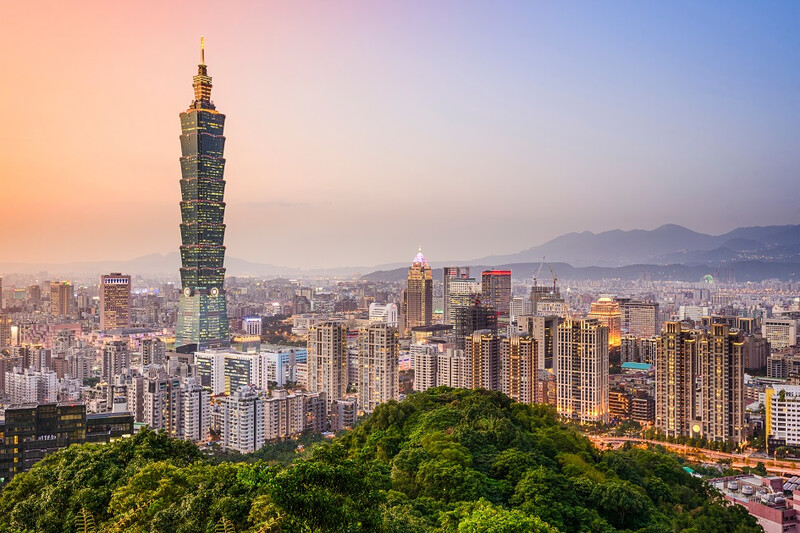 What is more of a puzzle is why Asian semiconductor and technology stocks have fared quite so poorly. Such stocks generally met high expectations at the most recent quarterly earnings season. Yet the disconnect in valuations between Asian and global tech valuations has never been larger than in the past few months (see chart below).

What could have caused the sell-off? We think it’s largely been due to fears over a peaking of working-from-home demand and worries over mobile handset sales. There may also be a general slowdown in tech demand given the weaker global economic backdrop.

This we can sympathise with, and we expect we will see a near-term slowdown in demand alongside some earnings downgrades. But we don’t think any of the long-term themes have changed.

All the big trends we see in the world are hugely semiconductor-intensive, whether it is electric vehicles (EVs), smart grids, charging networks, connectivity, data usage, artificial intelligence (AI), cloud services, or automation. We’re closer to the beginning of this tech transition than we are to the end.

For example, the move to electric vehicles and mobility will be one of the biggest and most capital-intensive transformations in recent economic history. In the US alone, 250 million internal combustion engine trucks and cars need to be replaced. The average EV has semiconductor content of c.US$1,000, given all the semiconductors needed to manage the battery, powertrain, driving and cabin functions. This compares to c.US$400 on a typical combustion engine vehicle (figures from ST Microelectronics, the French chip maker).

From an investment standpoint, there are hundreds of EV start-ups in China and around the world, and it’s very difficult to gauge which ones will succeed and which will fail. What we do know is that all the cars they produce will consume an enormous amount of semiconductors.

Similarly, 5G mobile handsets require huge numbers of extra chips to manage the power and connectivity functions and, in most countries, we are at the start of the replacement cycle.

So, although we would never say the semiconductor industry isn’t cyclical, it is in our view a cyclical industry that has a strong long-term growth outlook.

Going back to the chart above, we think investors in Asia have perhaps focused too much on the short term and are missing the long-term trends.

Looking through the current downturn, this area is where the real long-term value is in Asia, in our view, not in supposed value sectors like property, insurers, state-run banks and oil stocks.

But what of worries about supply? Semiconductors have been in high demand, leading to near-term shortages but also to plans for rapid capacity increases. We do expect to see oversupply in certain areas given the large number of plans for new semiconductor plants that have been announced. We are, however, not overly concerned for the broad industry.

Announced capacity additions have mostly been in the logic foundry space and are centred quite heavily on China. We are less concerned on the memory side given high industry consolidation and large barriers to entry. On the foundry side, trade restrictions mean that China cannot access cutting-edge technology so will be operating at least two-to-three generations behind Taiwan’s TSMC, for example.

Looking at the semiconductor industry as a whole, we would highlight its tendency to cluster. The real barrier to entry and intellectual property is years of accumulated expertise, integration and working with both customers and equipment suppliers (hence the cluster). Capital is not the main barrier to entry here – knowledge and relationships are. 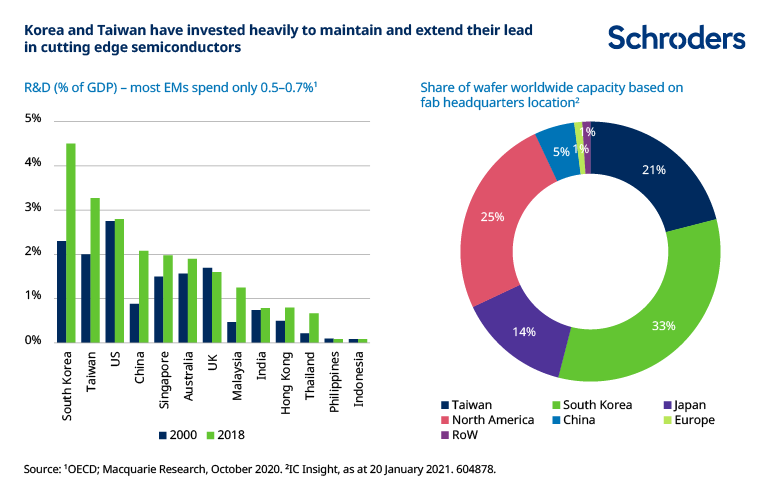