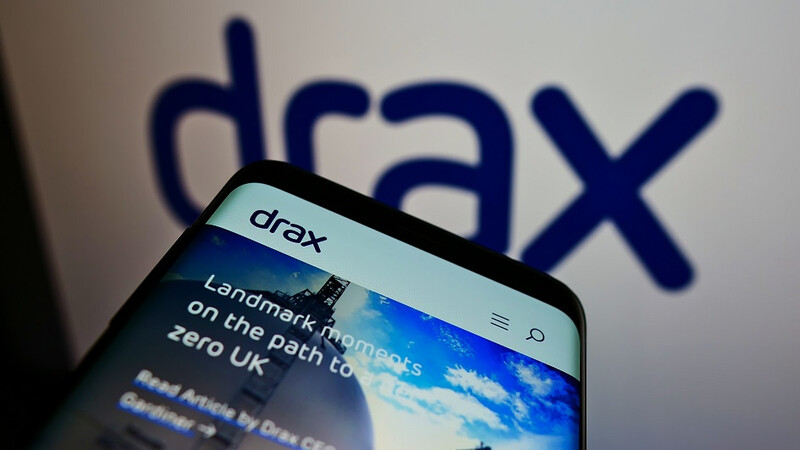 Bill Casey: When we speak to management teams of UK-listed businesses, many are pulling their hair out, complaining their shares are lowly “rated” compared to US and European-listed peers.

They run good quality businesses which we don’t think have old economy structural problems. The suspicion is that lower valuations, or ratings versus their global peers is simply an issue of domicile.

We thought we’d test this theory out by finding 10 good quality UK-listed companies from a diverse range of sectors whose earnings and sales growth profiles were similar to their global peers.

We then compared their valuations and found that the good quality UK companies had valuation discounts somewhere between 20-30% on average.

Q: A CEO will always say their company is undervalued – are the grievances objective?

Bill: We believe so. For example, one of the companies we looked at was Next whose peers are European clothing retailers H&M and Inditex.

Next has a market-leading online clothing and homeware business, accounting for around two thirds of total sales and earnings. In comparison, H&M and Inditex have much higher exposures to structurally challenged high streets.

In fact, it could be argued the success of Next’s e-commerce strategy means the company has more in common with pure (and very highly rated) online retailers such as Zalando of Germany.

However, we excluded such names, preferring to err on the side of caution.

Q: So what’s the real reason for the cheapness of UK shares?

Sue Noffke: It’s largely the perceived significant political and economic risks of Brexit, which continue to linger and depress the valuation of the UK stock market.

As Bill has illustrated so succinctly, we believe the valuation discounts are often completely unwarranted. The ratings of all variety of UK-listed companies are being negatively impacted.

UK-listed companies are being picked off by overseas private equity buyers and overseas industry peers taking advantage of valuation differentials in a wave of mergers & acquisitions (M&A) activity.

In the first half of 2021, private equity buyers were the most active since prior to the Global Financial Crisis. Somebody’s buying UK shares, it’s just not stock market investors at present. 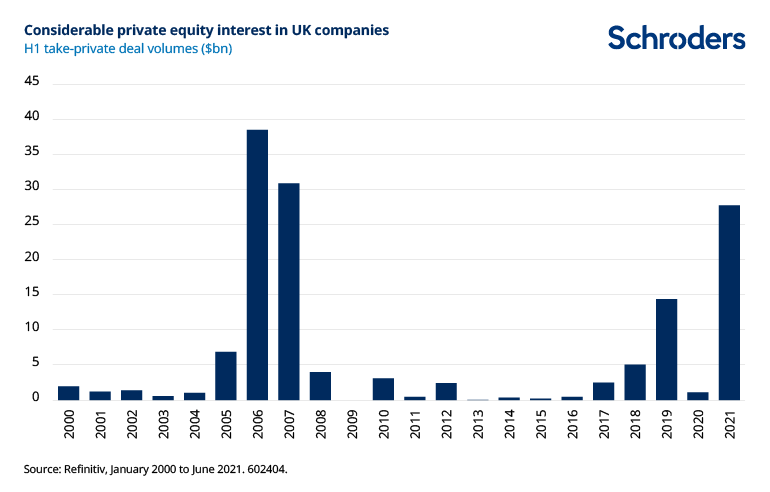 Q: What might be the catalyst for investors to start buying again?

Bill: The EU-UK Trade and Cooperation Agreement and the currency settling down is step one, which has happened this year, although there is no guarantee that it will continue to do so.

From the perspective of large international investors, currency stability is really important when they decide which stock markets to allocate to.

As the trigger for a sustained fall in the value of sterling, Brexit resulted in a period of incredible underperformance of UK shares in dollar terms.

The currency’s stabilisation this year is encouraging, but for many global asset allocators this is a blink of an eye - they can take a year or two to make decisions sometimes.

Jean Roche: Lord Hill’s review of UK-listing rules could be an important catalyst.

Due to their dual-class share structures, online food delivery specialist Deliveroo and money transfer service Wise, to take two examples, currently only have access to a “standard” as opposed to a “premium” listing.

As a result they miss out on possible entry to the FTSE indices. Companies excluded from these indices are less visible, since exclusion puts them off the radar of many investors.

Should the reforms resolve the dual-class share structure issue, Deliveroo, Wise and potentially other similarly new public companies will have a chance to qualify for index inclusion.

Suddenly the visibility of these opportunities improves, helping dispel the myth the UK is dominated by “old economy” companies.

Elsewhere, in September Germany’s main stock market index, the DAX, has increased from 30 to 40 stocks, to include Zalando, and online meal-kit provider HelloFresh.

Sue: Yes, there are many UK businesses fit for the future, whether that is around the energy transition, cyber security, growth in gaming and online retailing or fintech. These are all areas where the UK excels, where stockpickers can find opportunities at really compelling valuations. However, that is not to say all these businesses will survive in the future.

Jean: Certainty in the mid-cap area we’ve seen arguably unwarranted discounts in sectors such as gaming where like-for-like growth prospects are very similar versus international peers. That is why UK gaming companies are getting bought out.

For example, a year ago it was possible to buy shares in online bingo and casino gaming group Gamesys for around £10, equivalent to a price-to-earnings, or PE multiple (a commonly used valuation metric), of approximately 10 times.

Subsequently, US gaming group Bally bid at £18.50 a share in March 2021, taking advantage of  valuation differentials.

Q: Is there scope for some of the old economy businesses to reinvent themselves?

Sue: With regards to Shell and BP, we believe they can be part of the solution amid urgent efforts to reduce greenhouse gas emissions such as carbon dioxide to head off unchecked global warming.

Both companies have set out strategies to transition to renewables. For investors, the key question is perhaps whether they can generate attractive returns in a rapidly changing investment world as sustainability issues take centre stage. We are getting much closer to answering this question.

For background, see Shell and BP: why we’re hopeful for a sensible transition to renewables

Meanwhile, Drax, once the UK’s largest operator of coal-fired power stations, last year generated the large majority of its power from renewables. It will soon be completely renewable and has an ambition to be “carbon negative” by 2030 using technologies such as carbon capture and storage.

If achieved, this ambition would see the group remove more carbon from the atmosphere than it produces throughout its direct business operations. If Drax can be a leader with carbon capture and storage in the UK, then it has the potential to be a leader on the global stage too.

Jean:  And there are plenty of other examples of mid cap companies adapting well to challenges created by decarbonisation.

These are just a few examples which challenge the idea the UK is some kind of sustainability backwater.