Is Russia the new Iran as a result of sanctions?

The Western sanctions response to Russia has been swift. We assess the implications for its economy and contrast with the experience of Iran. 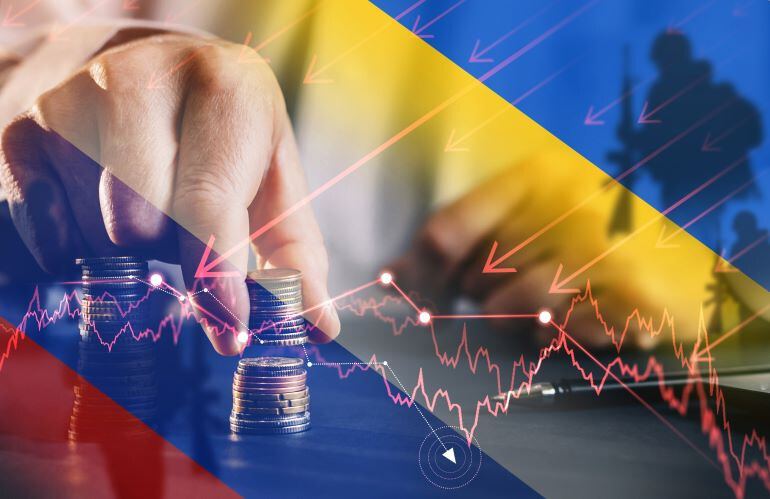 Russia is now the most sanctioned country in the world following its illegal invasion of Ukraine, which has brought misery to millions.

More than 2,000 additional Western sanctions have been brought in against a broad range of individuals, corporations and institutions.

Measures have also been put in place to exclude it from international payments systems, using major reserve currencies or accessing key technologies such as semiconductors.

A summary of the key sanctions implemented so far can be found here.

What is the short-term impact of sanctions?

It seems inevitable that Russia will suffer a deep recession.

Moscow had built a large $643 billion war chest and diversified its foreign-exchange holdings away from Western currencies to withstand external pressure. But the surprise moves from Western allies to freeze the Russian central bank’s foreign assets have rendered these largely useless.

Indeed, concerns about foreign currency shortages have put pressure on the banking system and the rouble, such that the central bank was forced to raise rates aggressively and impose capital controls. 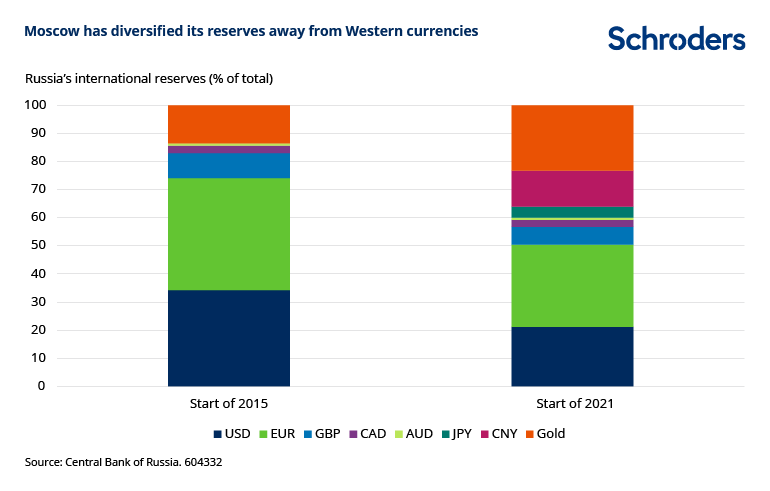 There are several reasons to think Russia’s economy will be weaker, even though sanctions have a mixed track record. Analysis of government statements by the Global Sanctions Database suggests as many as half of sanctions fail to achieve their intended result. They are deemed a success if the sanctioned state partially or fully accedes to demands, whereas another outcome is a settlement by negotiations.

Sanctions that are successful are usually imposed quickly and multilaterally, in order to limit the target country’s ability to adapt. We can confidently say that this has been the case against Russia. An empirical study by German academics Neuenkirch and Neumeier underscores the importance of international collaboration. The authors estimate that UN sanctions lead to a more than 2 percentage points reduction in per capita GDP growth across a 10 year period.

By comparison, unilateral actions taken by the US cause a less than 1 percentage point decline over a shorter seven-year time horizon. Russian growth is already anaemic on this measure, having averaged just 1.8% in the 2010s. The co-ordinated package of sanctions imposed by the West suggests that this could grind to a halt over the next decade. 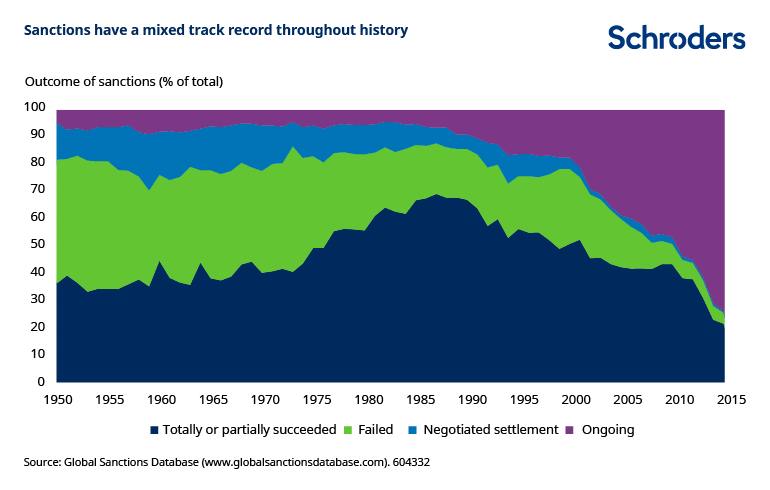 The supply-side of Russia’s economy will almost certainly be impacted. The mass exodus of multinationals is set to lead to structurally higher unemployment and lower output. Investment will suffer amid the uncertainty, whilst technology restrictions will force it to become more self-sufficient. But supply-side destruction will mean it also has to import more goods, pushing up inflation.

Obtaining the foreign exchange needed to fund these imports will crucially depend on the extent to which Russia will still able to export oil and gas, which accounts for around 15 to 20% of its GDP. Western countries are accelerating plans to end their reliance on Russian energy. The EU will find this particularly difficult as it imports around 40% of its natural gas from Russia.

China and other emerging markets will be able to partially make up for the resulting fall in demand. But Beijing is likely to extract a heavy discount from Moscow and may proceed cautiously for fear of being caught up in secondary sanctions.

Why sanctions on Iran provide a cautionary tale

There are numerous instances of emerging markets that have faced similar supply-side destruction. Sanctions, poor economic management, or a combination of the two place a great onus on imports which eventually leads to shortages of both foreign exchange and goods.

Structurally higher inflation inevitably follows, leading to weaker economic growth and a sustained depreciation of their currencies. Examples include Argentina and Venezuela, but perhaps the most relevant comparison is Iran.

Iran was a major exporter of oil in the 1970s, accounting for around 11.5% of global output. Aggressive modernisation reforms saw annual GDP growth average nearly 10%, but also sowed the seeds of the 1979 revolution. Oil production resultantly declined by 4.8 million barrels per day (≈7% of global output), precipitating a global energy crisis that tipped the world into recession. 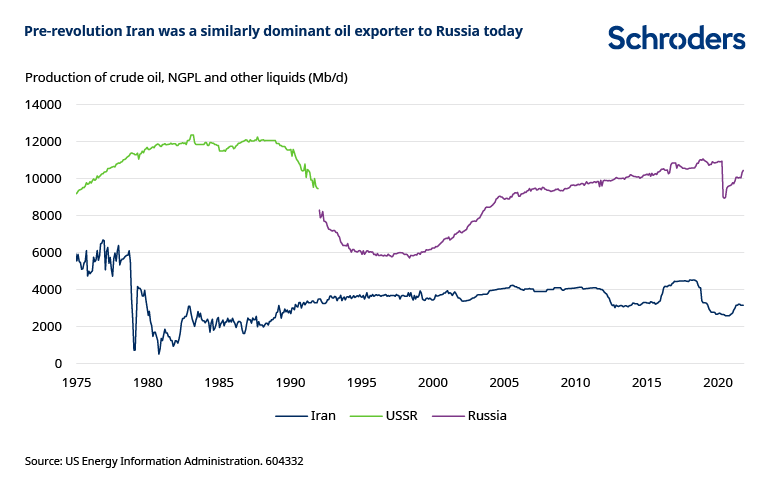 Sanctions have subsequently taken a heavy toll on Iran. Oil embargos and technological restrictions have seen its main industry suffer from chronic underinvestment. Production is a third lower than pre-revolution norms at full capacity, and the IMF estimates its breakeven oil price is $400 a barrel.

Inflation plagues the country, stoked by widespread shortages and the depreciation of the Iranian currency, the rial. In 40 years it has fallen from 70 to the US dollar to 42,000, representing a 17% compounded annual decline. On the black market, it trades close to 300,000.

Tehran’s long fall from grace provides a cautionary tale for Moscow. Sanctions may have a mixed track record, but they leave deep and long-lasting scars on the target country.

Even if remorse sets in, a volte-face by the government is unlikely to make much difference. Its reputation has been destroyed in the eyes of the world and it may never recover.