What is the "just transition" and why does it matter for investors?

You've probably heard of the concept of a just transition in relation to climate change, but what does it actually mean? 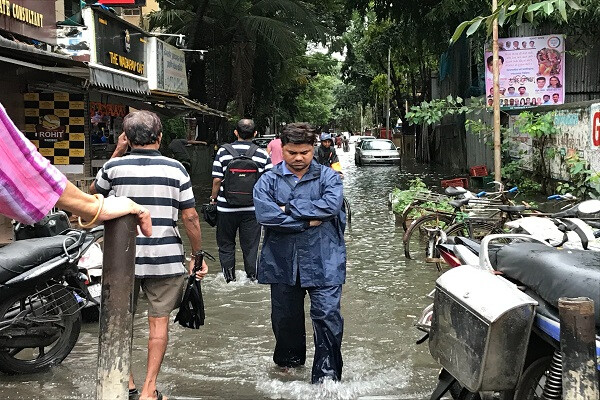 The transition to a low-carbon world is gaining momentum with a dramatic increase in the number of countries and companies that have made commitments to transition their activities to net zero. Around 90% of GDP is now covered by a net zero commitment, according to data from the Organisation for Economic Co-operation and Development.

However, the action needed to back up these commitments is lagging. It is estimated that while commitments equate to a 2.1ºC temperature rise above pre-industrial levels, real world policies and action are aligned with 2.7ºC rise[2].

But it is important not just to look at whether countries and companies are taking action to transition to net zero, but how they are doing so.

The result is that the physical effects of climate change are likely to exacerbate inequality, with the global south feeling the brunt, having typically contributed the least to the issue.

Furthermore, different regions and parts of society have different levels of preparedness for climate change. For example, typically emerging and frontier markets have lower levels of insurance coverage for climate events, while also being reliant on climate-vulnerable sectors, such as agriculture.

This can also have impacts on a demographic level, with women making up more of the global poor, while also facing greater social and economic barriers which can impact their resilience to climate challenges[4]. This is not just an emerging markets issue; the transition can impact stakeholders in a variety of regions and sectors.

Read more about the just transition in North America

As we transition to a more sustainable future, the effects will not be felt equally. For example:

Understanding social impacts is crucial to building a fuller picture of the impact of climate change on societies, economies and investments across the globe.

The just transition is the principle of mitigating the socio-economic impacts of a transition on all stakeholders and areas of society. It is about aiming to reduce inequalities that can be intensified by a transition and giving a voice to those most impacted.

Why is the just transition relevant for investors?

At Schroders, we believe that considering a company’s relationship with all its stakeholders (employees, suppliers, customers, regulators, shareholders, local communities, and the environment) is key to understanding the durability of its business model and long-term profitability.

While a company may be able to neglect one or multiple stakeholder groups in the short term, this is likely to impact profitability in the long term. Maintaining strong relationships with, and listening to the inputs of, all stakeholders is important to its long-term success.

Those just transition principles are not just relevant in a company context. At a country level, an "unjust" transition could perpetrate inequalities and impact global growth and wellbeing.

It is estimated that on average a 1% increase in inequality lowers GDP by 0.6% to 1.1%[1]. As in the company context, a just transition is not just a fair and equitable approach to climate goals, it is also the right way to ensure that transition is rewarding for the companies and countries going on that journey.

How is Schroders thinking about the just transition in practice?

We recognise that in transitioning to a sustainable economy we must ensure that the benefits are shared widely, reducing inequality and ensuring we protect those people at risk of being left behind.

Failure to ensure the transition is just is likely to threaten delivery of the transition we desperately need. For example, through the failure of emerging economies to take action if unsupported or through the social backlash from growing inequalities in all societies.

Importantly, this cannot be a “one-size-fits-all” approach; local context is key.

A just transition investment strategy may be different depending on the market, region or sector in question.

Investing for a just transition

Overall, this means investing, engaging and funding a just transition.