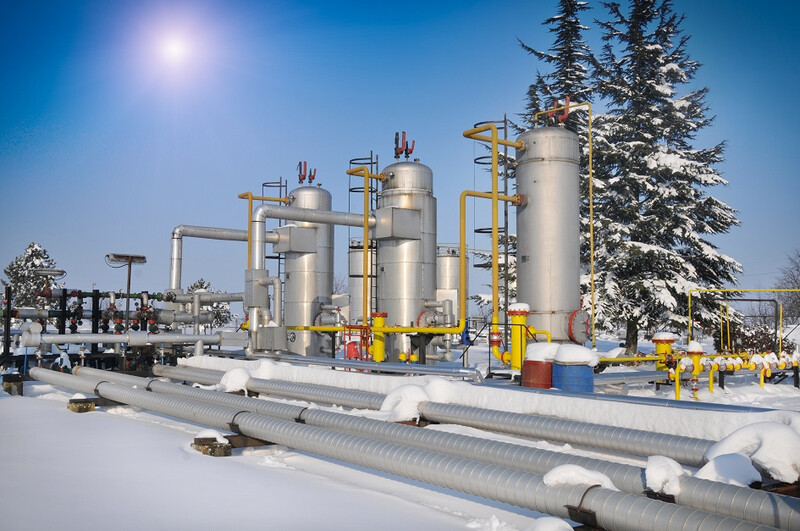 Russia’s tragic invasion of Ukraine is now into its second month. With the threat of more sanctions being applied to Russia from the West and President Putin using oil and gas as a political weapon, supplies of both commodities remain at risk of potential disruption.

At a crucial meeting on Wednesday, European ambassadors will discuss potential harsher sanctions to impose on Russia, potentially covering coal imports. This follows remarks made by French President Emmanuel Macron on banning Russian oil and coal imports, but not gas, in response to alleged Russian atrocities in Bucha, Ukraine.

So far, Russian natural gas and oil continue to flow to Europe. Since the beginning of the invasion, a number of European countries have unveiled plans to cut their dependency on Russian commodities, but haven’t imposed a definite ban, especially on gas, because of a lack of alternatives in the short term.

At the time of writing, Lithuania is the only European Union country to have cut off Russian gas completely.

Meanwhile, in March, Putin said Russia would demand that European gas buyers pay in roubles. He said payment in euros or dollars would be viewed as a default by the buyers, potentially resulting in contracts being suspended.

As Europe’s energy supply plans continue to evolve, we look closer at how important Russian supplies are to the oil and gas markets and what impact a supply side shock might have.

How important is Russian oil production to the global supply?

In 2021, Russian oil counted for 12.4% of the total global oil supply, which is more than Saudi Arabia and equal to the US. Russia produces around 11.5 million barrels of oil per day, of which nearly 4.3 million barrels are exported to Europe and the US. 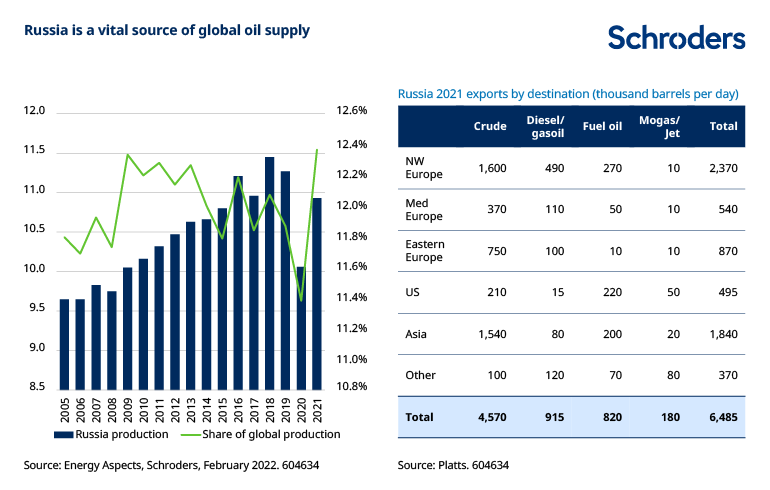 Malcolm Melville, Fund Manager, Energy, said: “Market estimates vary, but we could lose up to 4.5 million barrels per day or 4% of the total global supply of oil, as the Russian invasion goes on.

What impact might such a shortage have on the oil market?

Malcolm Melville said: “If Russia starts to decrease its oil supply globally, the impact could be dramatic and permanent. The world faces an oil shortage of around 2.6 million barrels a day. This is providing the US is able to ramp up its oil production which has been hampered recently by capital controls, ESG issues and capacity problems.

“Additionally, there’s hope that some sanctions against Iran are lifted and it may be able to supply a further one million barrels of oil per day. However, we could still see a shortfall of 1.6 million barrels per day. This shortfall combined with record low inventories could push oil prices to all-time highs.”

How important are Russian gas supplies?

Russian gas supply is most important for Europe. It accounts for about 40% Europe’s imported gas. European gas storage levels are already low at 25% full capacity compared with a seasonal average of 38%, so there is little to fall back on. And the European Commission has also stated the gas storage has to be 80% full by next winter.

Malcolm Melville said: “If gas becomes a political tool in the war, then Russian gas imports will be hard to replace. Europe is trying to diversify supply, looking mainly at the US, but this takes time and the impact is marginal compared to the amount of gas Russia supplies. Concerns over supplies are reflected in European gas prices which are already six times the long term average at around €120 per megawatt/hour.”

If Russia decides to turn off the taps, the European Commission would look at ways of reducing demand, so non-core industries could be shut down. Against this backdrop, Germany and Austria have already started making contingency plans to ration gas supply in case of immediate shortages.

In current conditions, Europe’s gas supply could run out in under one month if Russia decides to stop supplying its gas. 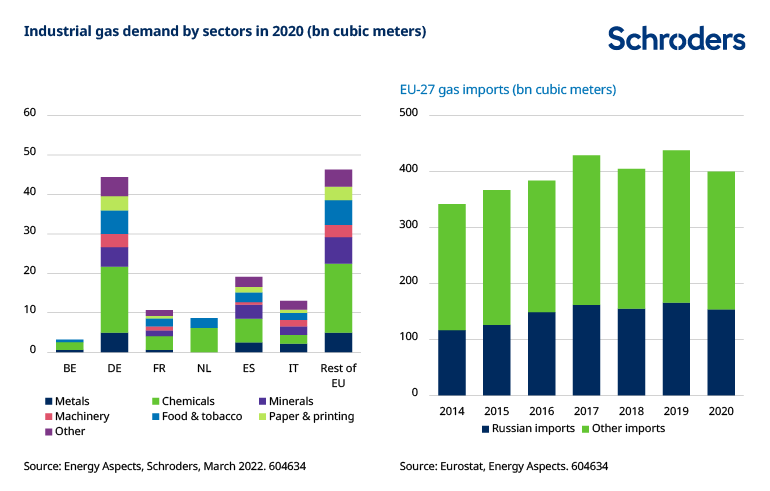