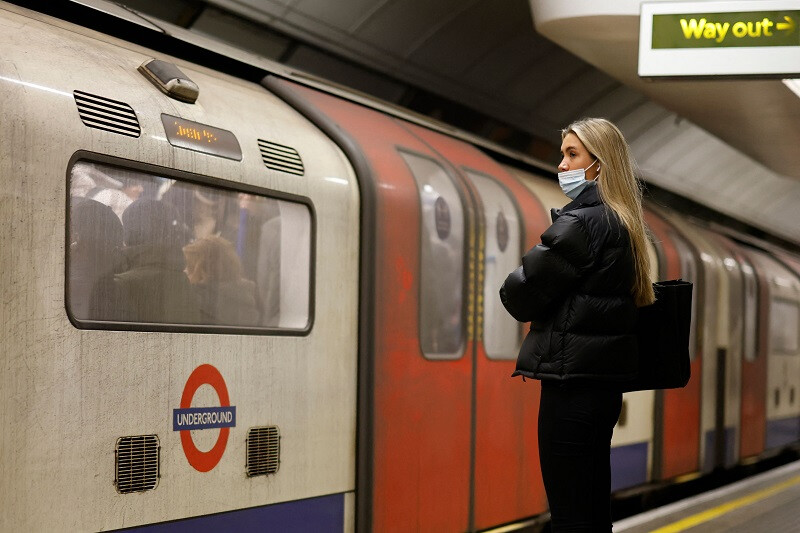 The UK saw the highest number of job vacancies since records began in the last three months of 2021. This is coupled with extremely low levels of unemployment – of around 4.1% – meaning businesses are increasingly having to compete for staff.

The stories behind these figures include Brexit making it harder for Europeans to get work visas, an economic rebound after lockdowns and the pandemic accelerating shifts in how and where we work. As these pressures compound, they are reshaping our towns and cities.

“Companies are growing and are reconsidering the space that they need,” says Neil McLocklin, Head of Strategic Consulting at Knight Frank. “A lot of organisations are anticipating the future working model with roughly half of their staff at home and half in the office, as a generalisation,” he says.

Workplaces worth the commute

This is a global phenomenon. “From Bogota to Manila, everyone is talking about hybrid working,” says Neil. For example, in Sofia, Bulgaria, 35% of people said they wouldn’t accept a job that did not offer hybrid working, according to an IHS recruitment survey. But, when employees can work from the comfort of their homes, they need more incentive to come into the office. This is leading to polarisation in the commercial office sector.

“Historically, there has been demand from occupiers and investors in every value bracket,” says Makoto Fukui, Head of Central London and Strategic Partnerships for Real Estate at Schroders. “But, with the future of work being more flexible, the office becomes like a hotel where people go in when they want to. To justify having the space, it needs to be higher quality to entice employees in,” he explains. It’s widely believed that company loyalty and strong teams are created through company culture. And, after all, “a building’s value is derived from people using it,” Neil says.

“Businesses and building owners will need to start curating ‘buzz’ and experience. Companies will have to adapt to that and become good at delivering exceptional work environments. It’s a new skill set for them,” predicts Neil.

This has instigated a change in the relationships between landlords, developers and investors. They need to work together to create a great experience for those using the office to remain competitive. As such, businesses are looking to create spaces of the highest quality, from the location, to the look and feel of the interiors, to the building’s sustainability credentials. In a post-pandemic world, that includes a clean and healthy environment too, where occupiers feel safe.

So, how do you create a great experience? There is a lot we can learn from the co-working world, according to Neil. WeWork offices tend to have a very high occupancy, he says. On its website, the flexible office company states: “We are helping to create a world where people work to make a life, not just a living. There has been a macro shift towards a new way of work – one focused on a movement towards meaning. WeWork is accelerating this movement.” They host networking, learning and wellbeing events. Often these are only 15 to 20 minutes so can fit in around a working day, perhaps with a yoga class at lunch. Many WeWork offices have free beer on tap too.

Technology has a huge role to play in curating office experiences. Knight Frank has recently invested in its meeting rooms so you can invite specific meeting rooms to a Teams call. If an employee walks into the room at 9am, the meeting automatically comes up on the video screen and connects, it’s seamless. The company did this after finding it was often taking five minutes for a room of colleagues to start a hybrid meeting. “The focus should be on productivity and experience,” says Neil.

“The future office will be much more seamless and contactless, even as a visitor,” predicts Neil. “Rather than signing in, a QR code would give you access to the building. Building faults will need to be seamlessly reported too. It has to be a hotel-level experience,” he explains. PwC’s London office has an app that staff from all over the world can use to book a hot desk. “The company manages its space like a hotel for global staff,” says Makoto. “We have been seeing this as a growing trend for a while now,” he adds.

Most people will do their quieter work at home and come into the office to socialise and collaborate. This creates far more need for meeting rooms, social areas and ‘pods’ to work in. However, collaboration space requires more space per person than desks do. This means the overall requirement for space is greater, even when half the office is working from home. This reverses a trend that we have seen for the last 50 years of fitting in as many people as possible, says Makoto.

The baseline of employees in an office during a working day was not 100% before March 2020. Office occupancy was typically about 60%, with staff on holiday, training, meeting outside the office and travelling, according to Neil. But he adds: “That figure is expected to go down to 40%.”

Google, having recently agreed to buy its Central St Giles office in Holborn, London, for $1 billion (£760 million), is expecting 40% of staff to be in the office at any given time, according to Neil.

The global demand for hybrid working will continue to push for improvements in technology. It also means that people will spend more time in their local communities. This presents plenty of real estate opportunities to create footfall in high streets, from co-working spaces to Wi-Fi hubs.

Neil predicts that specialist hybrid events spaces will start to appear in retail settings. It is expensive to own state-of-the-art hybrid meeting technology, so companies could start hiring hybrid events studios across the country. “If you really want to impress clients you can rent a room for a fantastic experience,” Neil explains. “I’m seeing companies thinking about all of those kinds of opportunities,” he adds.

He argues that learning education hubs will also appear on high streets, as many students now want to spend time studying remotely rather than always being on campus. This allows universities to tap into a much wider demographic too.

Hybrid working goes far beyond allowing employees and students to be based in their living rooms. Many are seeing it as an opportunity to live, learn and work abroad. This is creating the rise of the “workcation”, says Neil. While businesses used to spend a lot of money sending an employee to Singapore, for example, to create development opportunities for staff and global cohesion across the business, people are now doing it themselves. “Now people are jumping on trains and popping into the Paris office to work and it doesn’t cost companies anything,” says Neil. “Many employees love it. They rent out their flat on Airbnb in London which pays for their flight and accommodation. And, they learn about other areas of the business,” he adds.

He encourages employers to consider why people want to move forward in this new world, changing the way they work and live. This new world enables individuals to have a lifestyle they previously did not think possible. It will be the employers that recognise this that win top talent.

The rising demand for ESG buildings

The way offices are used is changing, so tenants are increasingly looking to adapt and change buildings relative to the occupancy. Many buildings are not designed to cater for this. For example, there is often less occupancy on a Friday. “It is unsustainable to have a building that’s 20% occupied on a Friday, because you still need to power it as if it is 100% occupied,” points out Neil.

Demand for environmentally and socially responsible buildings is a huge trend sweeping the real estate industry as it takes account of environmental, social and corporate governance (ESG) issues, notes Makoto. “Employees want to work in environmentally-friendly spaces and will choose employers who have good sustainability credentials,” he adds.

“Traditionally, it’s not necessarily the existence of offices that is an issue, but the way they have been designed and used has been such a waste of space,” says Makoto. As this trend gathers pace, solutions are being sought to respond to these issues, for example being able to only have heating and air conditioning in areas that are being occupied.