From a green savings product to a new infrastructure bank: Sunak’s plans to finance a green industrial revolution

We've rounded up the green pledges from the Chancellor's 2021 Budget. And there's good news on social investment tax relief. 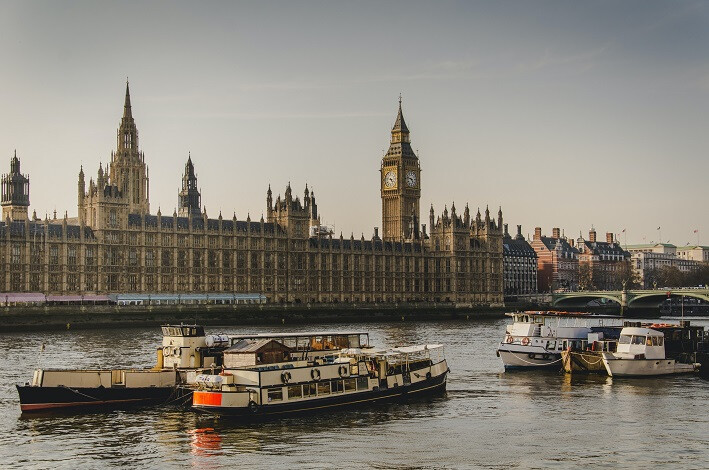 Chancellor Rishi Sunak delivered his second Budget just days after Prime Minister Boris Johnson had urged leaders of the G7 to “build back better” and teased US president Joe Biden for “nicking” his slogan.

The £65 billion three-point package to protect jobs, strengthen public finances and “begin the work of building our economy” was supplemented by a “build back better” plan for growth, and was closely watched for sustainability credentials.

Inevitably, economic recovery from the pandemic, the pressure on public finances, and headline tax-and-spend initiatives took the spotlight.

Anastasia Petraki, Schroders’ Head of Policy Research, said that the Budget had “given us a glimpse of what is in store for green investment in the UK and how it fits with the chancellor’s strategy to revive economic activity and maintain the UK’s competitiveness on a global stage”.

1. The green gilt: at least £15bn of sovereign green bonds this financial year

The UK Treasury confirmed plans to issue its first sovereign green bond – or “green gilt” – this summer, with a further issuance to follow later in 2021. Green gilt issuance for 2021 will total £15 billion at a minimum “to help finance the transition to net zero”.

Green bonds can be a very effective lever in directing funding towards greener projects.

Last year Schroders backed calls from the Green Finance Institute for the government to issue a green gilt as a clear commitment to the environment, investors and future generations.

Schroders' Head of Sustainable Credit, Saida Eggerstedt, has described such bond issuances and other green investment initiatives as "creating a virtuous circle". They increase transparency, help different sectors to be more sustainable, address concerns such as biodiversity, and raise public awareness.

Anastasia Petraki said: "We look forward to the details and remain committed to our work with the Green Finance Institute".

The Treasury announced that a new green savings product for retail investors will be launched through NS&I, the UK’s state-owned savings bank, in the summer.

Details are scant for now, but the NS&I website said the bonds will back projects that will "accelerate the transition to a low carbon economy, create green jobs, and support the collective effort to tackle climate change".

Budget documents said the product will be closely linked to the UK’s sovereign green bond framework and will “give all UK savers the opportunity to take part in the collective effort to tackle climate change, benefiting from the innovative reporting standards planned for the green gilt programme”.

Petraki said detail on how the green gilts and the NS&I savings products will interact will be followed with interest. She said: "The framework being unveiled in June should provide clarity and we expect it will align with existing international standards such as the International Capital Market Association’s Green Bond Principles.”

Dame Clara Furse, former chief executive of the London Stock Exchange, has been tasked with “positioning the UK and the City of London as the leading global market for high quality voluntary carbon offsets”.

This increasingly popular climate change mitigation tactic, whereby individuals, companies, cities or countries pay to have a given quantity of greenhouse gases removed from the atmosphere, could play “an important role in addition to international efforts to reduce carbon emissions,” Budget documents said.

Petraki welcomed the announcement, but said it is important that reducing emissions is prioritised.

She said: "Reducing emissions should be the priority, otherwise we will not get to a net zero with real substance behind it."

In January Schroders wrote to the UK's largest companies asking them to publish detailed and fully costed transition plans on climate change.

The chancellor announced plans to launch a new National Infrastructure Bank to help the UK reach its net-zero carbon targets and channel billions of pounds into sustainable projects.

Based in Leeds, it will be designed to boost investment in a “green industrial revolution” and support regional economic growth. It aims to attract up to £40 billion of private investment into green projects and will launch with £12 billion.

Sunak said he would task the bank with delivering “world-class infrastructure” by investing in sectors such as renewable energy and carbon capture and storage.

Petraki said that the work of the Infrastructure Bank will be crucial in managing the UK’s carbon footprint and “we note the intention to partner with the private sector”.

“Infrastructure is key in any country’s plan to make its economy greener,” she added.

5. Bank of England to use bond-buying powers to help tackle climate change

The Treasury has ordered Threadneedle St to support “environmentally sustainable” growth, with the chancellor updating the Old Lady’s policy remit. It said the Bank must still seek to keep inflation below 2% – but added that it must also take account of plans to transition the UK to a zero-carbon economy by 2050.

In response, the Bank said it would now change its approach to buying corporate bonds “to account for the climate impact of the issuers of the bonds we hold”, in a sign that it will now take into account how environmentally-friendly businesses are.

Petraki said this could be “a game-changer in boosting green investment”: “This could translate into large scale purchases of green assets, perhaps including the new UK green gilt, and new policy to encourage others to do the same”.

While there are unprecedented demands on the chancellor’s priorities and the nation’s finances, Petraki said the financial statement had taken into account that “we are all transition economies now”.

“It is very welcome that the Budget recognises it,” she concluded.

Social enterprises and investors have welcomed the chancellor’s extension of social investment tax relief, which unlocks and directs private capital into the sector. The investor claims 30% income tax relief on the amount invested.

Social enterprises work with the most vulnerable groups in our society and like any other businesses need capital to scale and improve lives for more people. Unfortunately the disruption of the pandemic risked derailing talks over extending and scaling the relief at a time when the need for social investment is greater than ever.

The letter warned: “It would be a great shame if one of the unexpected effects of the coronavirus outbreak was that SITR comes to an end next April. We therefore ask you to act without delay to extend SITR for two years and resume the dialogue to plan together a scalable relief.”

Lyn Tomlinson, Head of Impact & Philanthropy at Schroders’ Cazenove Capital business, co-signed last year’s letter. She said: “We are delighted to see that SITR has been extended until April 2023. Encouraging private capital to invest into this vital and diverse sector is an important part in ensuring we rebuild a better and fairer society post the pandemic.”